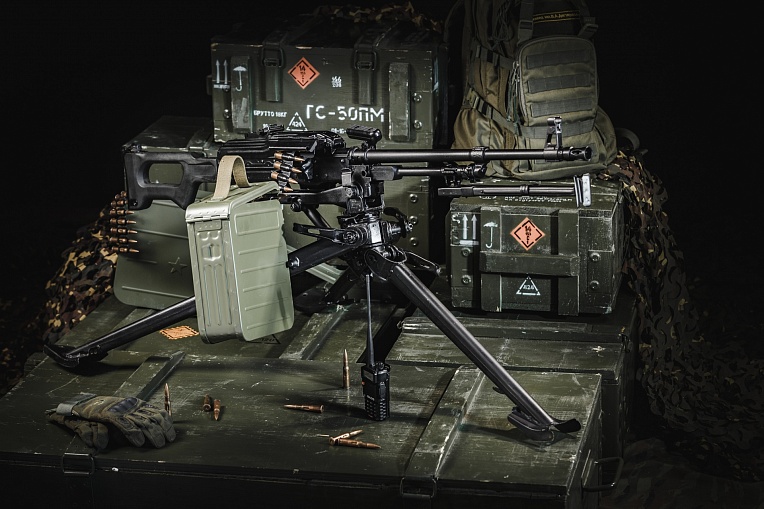 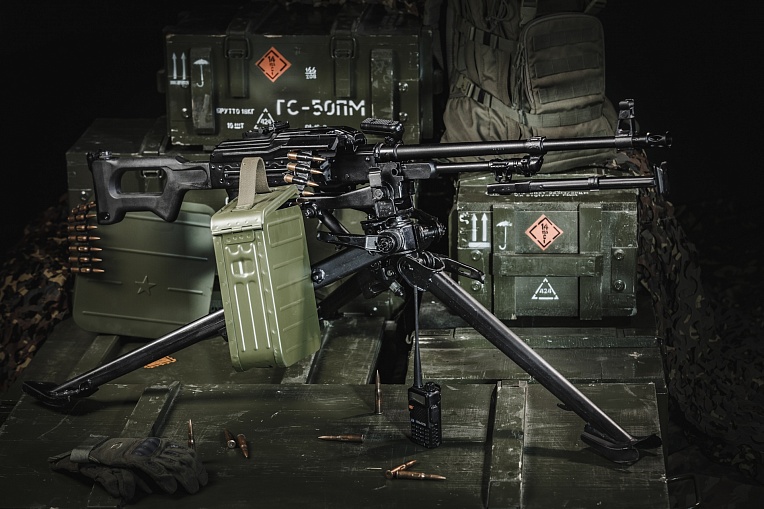 The 7.62 mm PKMS Kalashnikov modernized machine gun on a Stepanov mount is a powerful self-firer and is intended to kill hostile personnel and fire means as well as engage aerial targets.

The machine gun is mounted on a Stepanov tripod mount that ensures the stability of the machine gun and enables it to be effectively fired against ground and aerial targets from different firing positions, and increases the effectiveness of fire at maximum ranges.

The machine gun fires cartridges with conventional, tracer and AP-incendiary bullets and bullets of increased penetrability.

Firing angle against ground targets with the use of stops — 60°, and against aerial targets — 360°.