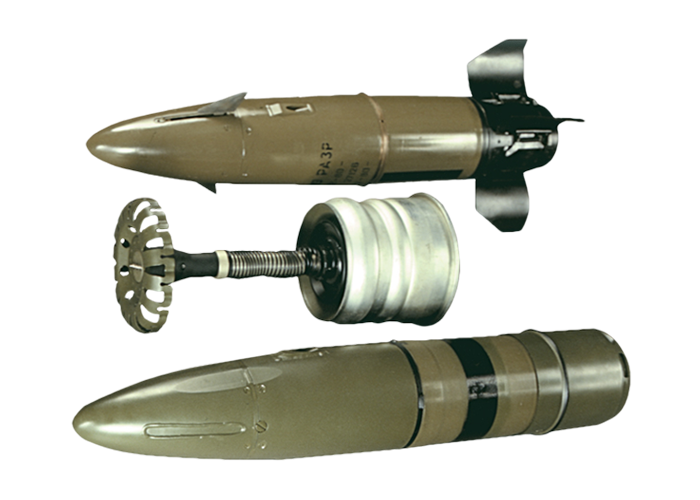 Round 3UBK20 with guided missile 9M119M is a round of separate loading, designed for defeat of armoured vehicles including ones equipped with dynamic protection, small size targets of firing emplacement of fortified emplacement type, low-flying attacking air targets with low speed and targets which are over water surface.

The control system is semi-automatic, jamming invulnerable, by a laser beam.